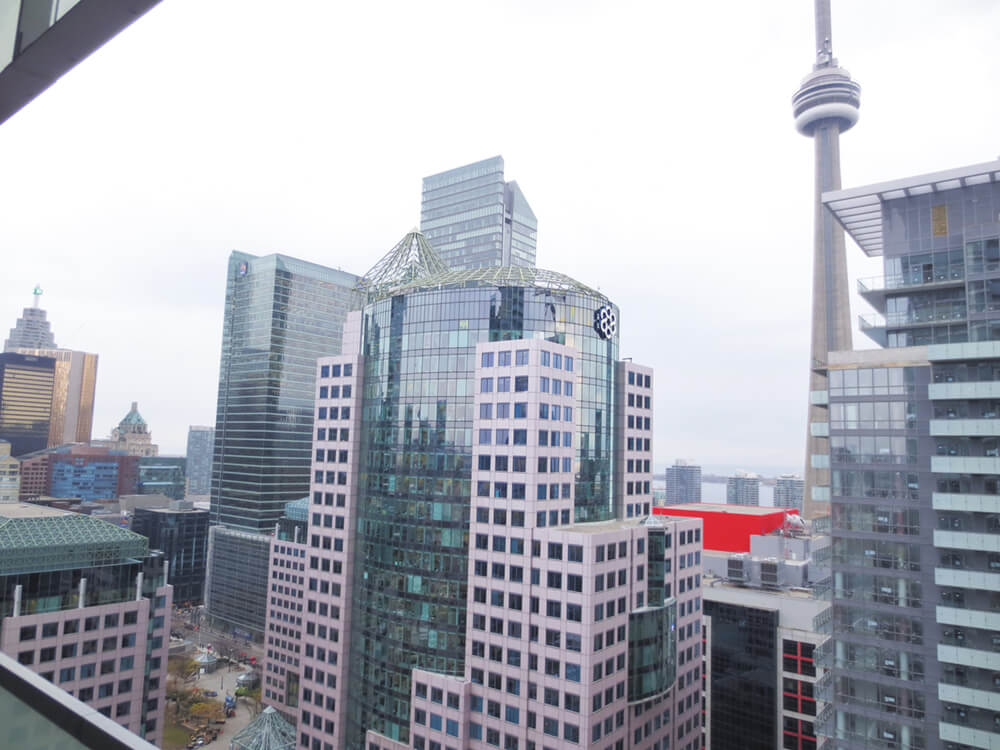 Stephen Poloz, governor of the Bank of Canada, and deputy governor Carolyn Wilkins will announce the bank’s latest decision on interest rates next week. (David Kawai/Bloomberg)

Central bankers are waking up to dramatically overhauled expectations about interest rates, as the coronavirus that started in China and is now creeping around the world rewrites their plans as quickly as the virus spreads.

Investors are betting that there’s better than a two in three chance of a rate cut from the Bank of Canada as soon as next Wednesday when Canada’s central bank is poised to reveal its next decision on interest rates. Not everyone believes it’s a sure thing, but the probability goes up as the illness spreads.

At the start of the year, the odds of Canada cutting its rate at the March meeting were barely one in 20. Even a week ago, the odds of a cut were barely one in six. But that was before the virus that causes COVID-19 started its spread around the world, infecting markets everywhere with something almost as dangerous as the pathogen itself: fear.

Both Canadian and U.S. stock markets are in correction territory, meaning declines of more than 10 per cent. Supply chains at technology companies like Apple have been disrupted as Chinese factories shut down, making it impossible for manufacturers to get finished products to market.

Airlines have seen their ticket sales plunge as consumers decide to stay home. Businesses around the world are cancelling conferences and other events that require people to meet face to face. And if coronavirus becomes widespread here, many businesses will struggle with shortages of workers and supplies.

Faced with the potential of a sickly economy because of coronavirus, central banks around the world are expected to try to flood the system with cheap money in the hope that it’s the shot in the arm the economy needs to get better.

China, Brazil, Russia, the EU, Indonesia, India and Mexico have all cut in recent months.

Typically in times of uncertainty, investors flock to the relative safety of the U.S. economy. But the world’s largest economy also is going to be dealing with the spread of coronavirus. And despite lowering rates three times in the past year, it’s not immune to the trend toward lower rates.

Traders are pricing in effectively a 100 per cent chance of a U.S rate cut next month, and there’s a 50/50 chance of up to two more cuts after that.

A pedestrian walks past an electronic board showing the graph of the recent fluctuations of Japan’s Nikkei average outside a brokerage in Tokyo. The coronavirus that emerged out of China in recent months has wreaked havoc with economies around the world. (Yuya Shino/Reuters)

Those odds are three times as high as they were as recently as Wednesday before U.S. President Donald Trump appointed vice-president Mike Pence to head public health efforts to contain the virus’ spread.

The U.S. central bank, the Federal Reserve, has been signalling for months that it thinks the underlying numbers in the U.S. economy are strong and telling investors not to expect any more rate cuts unless something drastic happens.

Reaction to the coronavirus suggests something certainly has. Even if the Fed is inclined to sit tight, it is under pressure to do something for the sake of looking like it is doing something.

“The Fed’s desire to be data-dependent may capitulate to market sentiment,” as Jon Hill, an interest rates strategist at BMO Capital Markets put it.

That goes for Canada, too. While most economists who study trends at the Bank of Canada expect the bank to stand pat next week, almost half of them think the bank should cut, according to a survey by rate comparison site Finder.com.

Canadian GDP another reason to cut

Brett House at Scotiabank is among them. “Our call for is for two cuts in 2020, which we’ve been saying since August of last year,” he said in an interview. That call was based on underlying weaknesses in the economy, something that was borne out by Friday’s GDP release that showed economic growth slowed to its slowest annual pace in almost four years at the end of 2019.

“And that was all before the coronavirus,” he said.

Since that call, more than 40 major central banks around the world have moved to cut rates, he notes. “If anything Canada has been one of the tardiest to the [rate cut] party.”

Others aren’t sure the coronavirus will be enough to compel the bank to take action — yet. “Although we think a certain degree of easing is warranted, two cuts priced by the end of 2020 seems somewhat unrealistic,” CIBC’s economics team said in a note this week.

The bank thinks a cut is coming, but possibly not until the next meeting in April.

“We are reluctant to pencil-in an additional cut as we don’t know how long the associated uncertainty will last,” CIBC said.

Sherry Cooper, the chief economist with Dominion Lending Centres, says the panic in the stock market right now shows the central bank is under pressure to do something, even if it’s just for the sake of doing something.

“None of this is good for psychology or the economy,” she said.

“The Bank of Canada meets next Wednesday, and clearly, their press release will address these issues. It’s unlikely the bank will cut rates in response on March 4, but if the economic disruption continues, rate cuts could be coming by mid-year.”

Backed with hard data from TREB and our partners, flip page to page and discover...